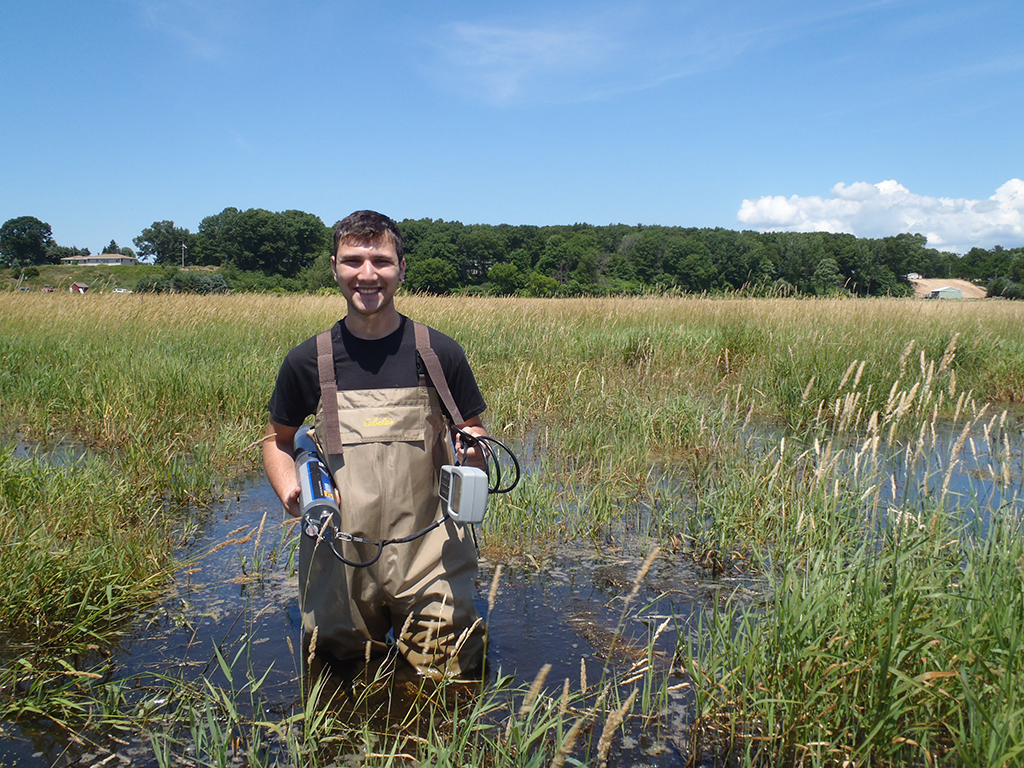 utilization of data to develop more efficient policies. He fulfilled his Teaching Assistantship under the direction of David Casagrande and Breena Holland and was advised by Dork Sahagian. Eli is currently the Graduate Assistant for the Office of Sustainability.
As an undergraduate, Eli was a teaching assistant for Introduction To Environmental Science at Binghamton University. During his senior year, Eli developed an independent study with his advisor, Robert Holahan, which analyzed the relationship between rapid residential development and storm surge impacts on federal transportation systems in Jersey City, NJ.
In 2015-2016, Eli took part in two National Science Foundation REU (Research Experience for Undergraduates) grant programs in Greensboro, North Carolina and Muskegon, Michigan. The first one focused on the societal impacts and perception of fracking based on state-specific policies in New York, North Carolina and Pennsylvania. The second REU grant aimed to measure the hydrologic impacts of conventional agriculture on the intensity of streambank erosion by analyzing land use patterns and hydrologic sensors.
Eli's thesis project was titled: “Assessing The Impact of Significant Environmental Events On Attitudes Towards Flood Mitigation Policies”. The project looked at how significant flooding events affect a coastal-urban resident’s opinions toward flood mitigation policies. The case study for this project was Jersey City, New Jersey, where Eli had interviewed several public officials to develop survey questions, and had launched the survey to the general population. Eli had presented the methodology and initial results of this project at the Association of Environmental Studies and Sciences Conference in 2018 and the National Council for Science and the Environment Conference in 2019.